So many people use it as an attempt to claim compassion or empathy. While in reality what they actually mean is that they are uncomfortable with the current situation and either:
While I find myself on the "being sorry" end of the first example when confronted with someone else's tragedy, I more frequently find myself on the other end in business contexts - which strangely enough also leaves me as "being sorry" - as in a sorry state of affairs.

In business contexts - a retail or service employee will say "I'm sorry" or "I apologize" or something else with a similar supposed meaning. What I find offensive is that they believe I should accept it at it's face value when they are un-willing to back up said sorrow with any action or any actual attempt to make amends. The lack of any willingness to make amends robs the supposed empathy of any sincerity or meaning.

Professed empathy without sincerity makes "sorry" a platitude - a trite remark uttered as if it has actual meaning.

The crux of the matter is this - If a service employee says "I'm sorry" in the above fashion without any actual sincerity but as a means to end a topic of contention, then they are essentially assuming:
And while a small apology is appropriate in small circumstances, many organizations use it as if it were an panacea to any deficiency in any product or service. Stop insulting the intelligence of customers and consumers. If you are going to express remorse, empower people to back it up with an attempt to make amends - It doesn't have to be a grand gesture, It just has to demonstrate some level of sincerity. This sincerity is what will lead to authentic brand relationships and brand loyalty. A great example of a sincere apology is flickr's coloring contest - The site went down for a brief period of time and as a sincere apology to its users, flickr made a simple coloring contest and gave away a "pro" account. The cool thing here is that flickr goofed and in its sincere apology capitalized on goof in a way to strengthen their brand, user loyalty and raise their awareness profile!

Why? Because in the world of falseness - people crave authenticity! Smart customers don't judge the character of your company when things go right, they judge it by your conduct when things go wrong.

Insincere platitudes - crap.
Authentic responses - like them.
Posted by Stephen Fishman at 6:09 PM

"What I find offensive is that they believe I should accept it at its face value when they are un-willing to back up said sorrow with any action or any actual attempt to make amends."

I absolutely agree with you on this. An apology that is not the expression of intent to heal damage done to a relationship reveals a deep misunderstanding of human relationships. What the hell? Am I supposed to feel better that the apologizer has damaged their relationship with me, feels pain over that act, and yet still feels no compunction to do anything beyond expressing their feelings? The apology only shows that the one apologizing still think my goodwill was well-spent on whatever they acquired in the deal. The apology only parades the moral mis-priorities that caused the offense in the first place. It's not even a non-apology. It is a repeat of the original offense.

"You're darn tootin' I'm angry. I've never been so angry in my entire life. Wait a minute. I feel GREAT. I love being angry. Thank you, Stimpy." -- Ren 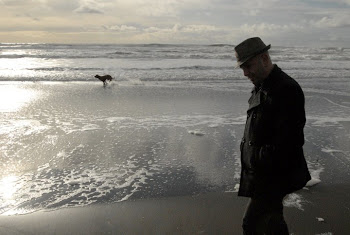